About the Governing Board

The Laveen Elementary School Governing Board is comprised of five elected community members who volunteer their time and talents to ensure the district delivers the best possible educational opportunities to Laveen students.

The Board performs the following functions necessary to the discharging of its responsibilities:

Governing Board meetings are held once a month and begin at 5:30 p.m. in the Board Room at the Laveen Education Center located at 5001 W. Dobbins Road in Laveen, Arizona, 85339 (unless otherwise posted). All regular, special, and emergency meetings of the Governing Board are open to the public except during executive sessions. Notices and agendas of all meetings are posted at the Laveen Education Center, at least 24 hours prior to each meeting and can also be found at the menu to the right of this page. Laveen uses the BoardDocs platform for posting meeting agendas and minutes.

Governing Board meetings may be viewed on the Board’s YouTube Channel.

The policy and Request to Speak form links provide information on public participation at Board meetings.  The Governing Board designates up to 30 minutes of its meetings for public comment.

Board agendas and minutes are posted on Laveen’s BoardDocs page and at all school sites. Board minutes are available at your local school office after the meeting. 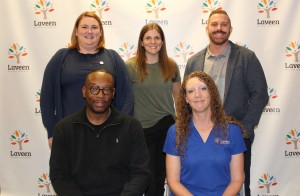 Jill Barragan has served on the Laveen Elementary School District Governing Board since 2013. She served as Board Clerk in 2015 and 2020 and as Board President from 2017-2019. She was again elected as President in 2021 and 2022. Barragan was originally appointed to the board in 2013 by the Maricopa County Education Service Agency. She was reelected in 2014, 2018, and 2022 and now serves a four-year term.

Barragan became Assistant Superintendent of Business Operations for the Paradise Valley Unified School District in 2021. Prior to that, she was Avondale Elementary District’s Executive Director of Business Services for over 10 years. She also worked for the Arizona Department of Education in the school finance division. Barragan began her career as an accountant for the Salvation Army.

Jill was also elected to the executive board of the Arizona Association of School Business Officials (AASBO) to serve a four year term as Vice President, President Elect, President and Immediate Past President respectively. Prior to this, she was elected as Treasurer of AASBO and served a two year term from July 2014 – July 2016.

Jill joined the EQUIP Leadership Team in April of 2017 to work on educating legislators and constituents on public education matters. She is a graduate of Arizona State University.

Mrs. Linda Abegg is the newest member of the Laveen Governing Board, having won a four-year seat in the November 2022 election.

Abegg has lived in Laveen for over 15 years and is a Laveen School District parent. She has been active in her school’s PTOs since 2014.

She has been a member of the Laveen Village Planning Committee for six years and currently serves as Chair. She also serves on the board of the Laveen District Insurance Trust.

Abegg earned her Bachelor of Science degree in Elementary Education from Brigham Young University and was a classroom teacher for three years, including in the Laveen School District.

Ms. Anderson has worked for the Avondale Elementary School District since 2001. She began her career as a classroom teacher teaching 4th and 5th grade as well as K-8 computers. In 2006, she became the district’s Student Achievement Assessment Coordinator where she develops and coordinates district and state assessments and analyzes the data to make curriculum decisions. She trains other educators in a variety of areas including English as a Second Language, Dynamic Indicators of Basic Early Literacy Skills (DIBELS), Common Core Standards, and AZELLA scoring. She is also a Certified Teacher Evaluator in the System of Teacher and Student Advancement.

She has a Bachelor of Science in Education, with areas of specialization in Elementary Education and Early Childhood, from Oklahoma Baptist University. She also earned her master’s degree in Curriculum and Instruction with an emphasis in technology from the University of Phoenix.

Ms. Anderson has served as Secretary on the Arizona Assessment Collaborative, as a member of the Arizona Department of Education Solutions Team, and served on the Arizona Flute Society’s board. She has won several awards including the Passion and Commitment for Educational Excellence Award from Avondale ESD, the Distinguished Service Award from Casas Adobes Early Childhood Development Center, and the Master of Boardmanship Award from the Arizona School Boards Association.

Ms. Anderson and her husband have two children who have attended Laveen schools throughout their childhood and now attend high school and college. Ms. Anderson is active in the Laveen Baptist Church as well as other community activities.

Dr. Ryan Senters was appointed by the Office of the Maricopa County School Superintendent to fill a vacancy on the Governing Board in 2021 and re-elected to a two-year term in 2022.

Dr. Senters is a Laveen parent, local educator, and foster care advocate. He has six children, four of whom attend Laveen schools.

He is a residential faculty member at South Mountain Community College where he teaches developmental psychology, statistics, and research methods.

Dr. Watkins opened his private optometry office, Laveen Eye Care, in 2007 and moved into the Laveen community in 2013.

Since joining this community, he has developed mentoring programs, coached youth sports, and sponsored teams and fundraisers. He has also worked with the district to launch the School Connect – Parent University Project in which local organizations come together to educate parents on specific tools and resources to assist them in parenting. He is currently working on an anti-dyslexia program to help eradicate visual problems that affect children’s performance at a crucial age.

Dr. Watkins was educated in the public school system outside of Chicago, Illinois. He graduated from Northeast Missouri State University (now Truman State) with a bachelors in Pre-Medicine Biology before graduating from the Pennsylvania College of Optometry.

His term expires in December 2024.

For questions or to reach the board, email superintendent@laveeneld.org.